A couple days ago Funtactix  released the open beta for The Hunger Games Adventure on Facebook. I found out about the open beta from MTV’s Hollywood Crush blog. My initial reaction upon hearing the news was ecstatic. However after playing the game for a few hours the Hunger Games Adventure is like any other game on FB; Castleville, Mob Wars, Infinite Realms, Cafe World, etc. All you do in the game is grind, gather materials, listen to orders, and repeat. Yes the scenery changes from game to game but grinding is work. I just find it odd for people to check out of work in the real world just to put in “work” in the social media reality. Yes, I’ve played WoW, DC Universe, Battle Field 3, and other MMO’s but those games are more about working with other people to complete a task..

But what I am trying to say is that I am disappointed with the game due to its redundant task however I do like the fact that you get to somewhat experience what it is like to be in District 12, especially since I’m a huge fan of the story. I’m such a huge fan of the story that I’ve made a Twitter account just to role play with other Hunger Games fans (@D12_Haymitch) Now only if the game could had been ground breaking like the story, then the game would had been amazing. Instead the game is another cookie cutter template on the FB gaming platform.

Maybe you all can help understand why do we play games that require us to work when we don’t enjoy working in real life? Is the web a better place for us? Are we truly robots that enjoy doing mundane tasks? 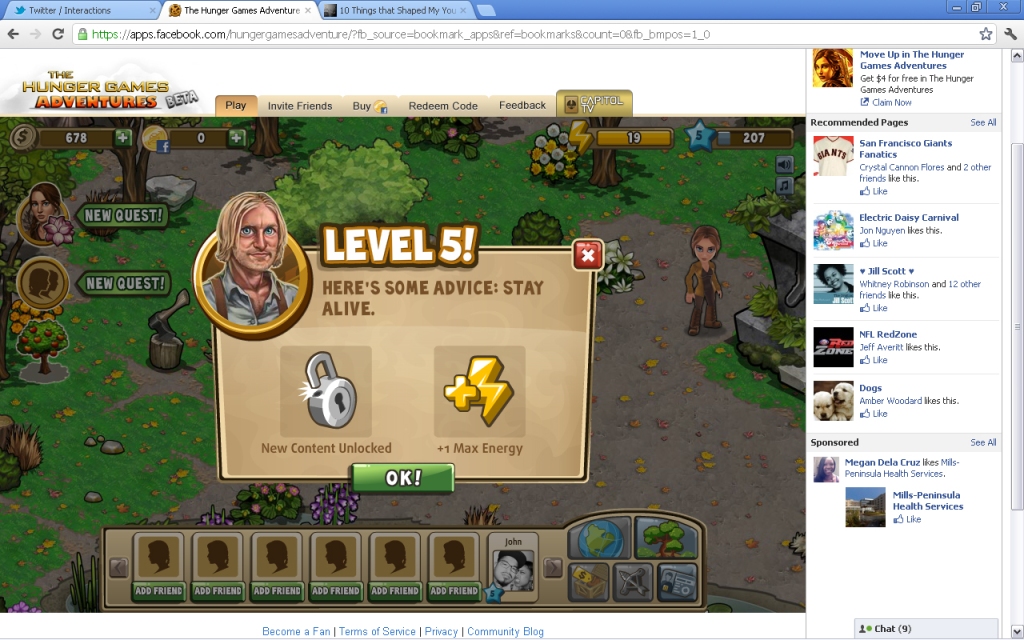