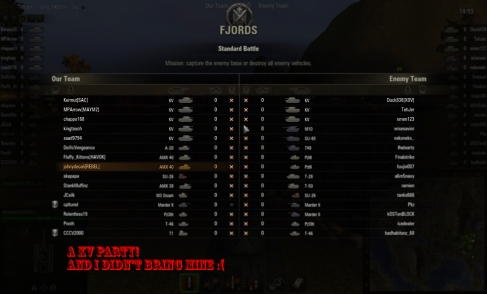 I was playing one of my last couple games of the night on World of Tanks and in this round there were a ton of Russians KV’s. On my side we had 5 KV’s while the opposition had 3. I felt left out since I left my KV in the garage and didn’t bring it to the party.Instead I was stuck in my slow moving French AMX 40.

Damn folks, next time send me a memo!

BTW if you folks were wondering about the outcome I got 1 kill, got killed, but we won 🙂